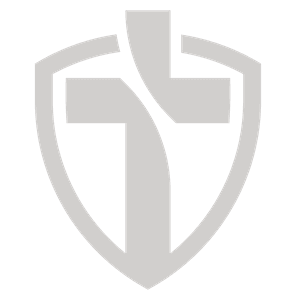 Follow along with the latest message from Lindale Baptist Church

The LORD is Good

David had killed Goliath of Gath. Goliath was a giant who was over 10 and a half feet tall. His strength was more than that of any other man during that time. For forty days he terrified Israel, challenging someone from the army of Israel to come out and fight him.

As he threw out his challenges, he also cursed the name of the living God. While all the armies of Israel ran the opposite direction of this beast, we find a young Hebrew boy named David who knew this blasphemous giant must be shown that his God was more powerful and that his God was the only true and living God.

So, David goes in the strength of the Lord, picks up some stones, and before Goliath knew what one of those stones hit him right between the eyes. Goliath falls and David takes the sword of goliath cuts his head off.

The slaying of Goliath not only spelled triumph for David, it spelled trouble as well. It meant trouble with King Saul, for Saul was instantly jealous of David.

• He plotted against David.

• He tried to have David murdered while he was sleeping

• He had his men chase David all over the country.

David eventually grew weary of all the running and hiding until David’s faith failed. He went to Ahimelech the priest and told four lies in a single breath, conning the priest into giving his men shewbread to eat and into giving him the sword of Goliath.

Then he made a desatrous decision, he would go where Saul would never reach him, he would go down to Gath and seek asylum with Achish, one of the great Philistine lords.

After the slaying of Goliath we can be sure that the people of Gath longed to get their hands on that unknown but famous Bethlehem youth whose name had been cheered and sung throughout Israel.

So, when David showed up in Gath seeking political asylum one does not need to be a prophet to guess what happened. David was put in irons as soon as his identity was known.

David realized his mistake: “David became sore afraid of Achish the king of Gath.” So, he pretended to be mad, and he did it so well that the disgusted Achish had him released and exiled out of the land.

Once David was safely back in Israel he went to the famous cave of Adullam. There he waited while his band of fellow outlaws assembled. There he picked up his harp and converted the cave into a cathedral, and sings this wonderful song of Psalm 34.

Psalm 34:1-3, “I will bless the Lord at all times: his praise shall continually be in my mouth. My soul shall make her boast in the Lord: the humble shall hear thereof, and be glad. O magnify the Lord with me, and let us exalt his name together.”

Resolve means – to settle or find a solution.

David was resolved! He was resolved that he would henceforth praise the Lord no matter what happened to him: “I will bless the LORD at all times: His praise shall continually be in my mouth.”

David had been fighting doubt, depression, and despair, but his solution was to bless the Lord at all times, and continually praise the Lord.

God has said that “all things work together for good to them that love God, to them who are the called according to His purpose.” How quickly we forget that!

Someone else who forgot that all things work together for good was Jacob.

Genesis 42:36, “And Jacob their father said unto them, Me have ye bereaved of my children: Joseph is not, and Simeon is not, and ye will take Benjamin away: all these things are against me.”

Jacob felt like he was in a string of bad luck. All these things are against me, He said. Jacob believed Joseph was not, or you could say Joseph was dead, but in reality, Joseph had been exalted to the right hand of the majesty of Egypt. God was working all things together for the good of Benjamin and Simeon and Jacob and all.

You say preacher what does that mean for me? I know today is mother’s day, but no matter who you are today

o You are afraid of the uncertainty of the times.

o You are afraid of your economic situation.

o You are afraid of your inability to teach your children at home.

• Many are struggling with insecurity because you see what other moms are doing on social media, and you feel like you are a failure.

There are all kinds of struggles we face and fears we face but the Psalmist resolved himself to bless the Lord and continually praise Him.

Psalm 34:4-6, “I sought the Lord, and he heard me, and delivered me from all my fears. They looked unto him, and were lightened: and their faces were not ashamed. This poor man cried, and the Lord heard him, and saved him out of all his troubles."

David’s remembered the ordeal in Gath when he first observed the Philistines eyeing him and muttering: “This is the fellow who killed Goliath.” “I sought the LORD, and He heard me, and delivered me from all my fears”

Why was David afraid of Achish, the king of Gath and not goliath? When he went out to slay Goliath the Bible says we went in the name of the Lord.

After he grew weary of running and hiding and his faith failed him, he took his eyes off of God. He began to make decisions according to the flesh. David looked to the King of Gath, the enemy to God, instead of looking to the Lord.

In verse 6, he says, “I was liberated!” “This poor man cried, and the LORD heard him and [delivered] him out of all his troubles.” Even while pretending to be mad David was praying in his soul: “Have mercy, Lord! Help me, Lord! Save me, Lord!”

That’s what David remembered. And, instead of rubbing David’s nose in the dirt, the Lord stepped in and set him free!

The application is this. There may be some things in your past that you still remember. Sometimes when you didn’t act the way a Christian should act. You didn’t trust the Lord and look to the Lord in some decisions you made.

There are some things that Satan always tries to bring up to convince you that God couldn’t still love you through all those poor decisions you made.

The psalmist says, “I remember my mistakes, but I also remember that when I humbled myself and looked up to the Lord, and cried out to God, the Lord heard me and saved me out of all my troubles.

I don’t know how you have messed up in your life, but I know we all have. This morning you may need to cry out to God… he will hear you, and he will save you from all your trouble.

Psalm 34:7-10, “The angel of the Lord encampeth round about them that fear him, and delivereth them. O taste and see that the Lord is good: blessed is the man that trusteth in him. O fear the Lord, ye his saints: for there is no want to them that fear him. The young lions do lack, and suffer hunger: but they that seek the Lord shall not want any good thing."

Looking back over that dreadful experience David came to a full and fresh realization of two wonderful truths.

“The angel of the LORD encampeth round about them that fear Him, and delivereth them.”

If we had the ability to see everything that was going on around us, we would see those all the harm trying to be brought upon us by those fearful “principalities and powers, those rulers of this world’s darkness, those wicked spirits in high places” of which Paul speaks.

But we would also see the mighty angels of God drawn up in battle array to preserve and protect the saints of God. Above and beyond them all is the glorious angel of the Lord Himself.

The “angel of the Lord” mentioned by David is mentioned only twice in the book of Psalms—here and in Psalm 35 where David, speaking of His many enemies, said: “Let them be as chaff before the wind: and let the angel of the LORD chase them” (Psalm 35:5).

In Psalm 34 the angel of the Lord is seen protecting the saint. In Psalm 35 he is seen pursuing the sinner. David was brought into fresh realization that God protects.

“O fear the LORD, ye His saints: for there is no want to them that fear Him. The young lions do lack, and suffer hunger: but they that seek the LORD shall not want any good thing.”

David is remembering, perhaps, the callous way he was thrown out of Gath. It is not likely that the king and his hostile court were mindful of David’s physical needs. They probably escorted him to the border and gave him a count of twenty to get out of the range of the arrows headed his way.

He was, facing the hostile wilderness alone, defenseless, without food or drink.

But God had cared for him, provided for him, seen him safely to Adullam. David does not tell how the Lord took care of his needs, but there in the cave surrounded by his faithful men, with all they food they could eat and, David assures us that the Lord provides.

He hears the angry growl of a hunting lion out there on the hills (“The young lions do lack,” he mused, “and suffer hunger”) and comments, “But they that seek the LORD shall not want any good thing.” The first half of this psalm is full of praise.

If you’re not saved, Could I encourage you to taste and see that the Lord is good. You will never regret humbling yourself, repenting of your sins and turning to Christ.

For those who belong to God; He is a God of protection and provision? You can bless the Lord at all times. you have reason to praise the Lord continually with your mouth. You can take refuge in the Lord. You can seek the Lord, and He will not withhold any good thing from you.

This is David’s testimony. In spite of his many failures and sometimes flagrant sins, he kept coming back to the Lord, repenting of his sins, and seeking God as his chief joy and treasure. David saw God Himself as the supreme blessing.

We're a growing family of believers whose purpose is to know God and to make Him known. We always have a place for you. You may come through the door as a stranger, but you'll leave as family!